SCABB is coming - and is sure to be a successful disaster!

It's coming on 11th November 2019 - a collaboration between 7 indie devs, each contributing a slice of comedic pointand click.  We're announcing one game each day for the next week - as you might have guessed by now, the first game int he bundle is going to be none other than Captain Disaster in: Death Has A Million Stomping Boots!

This is the first time our game will have ever been included in a bundle.  Stay tuned for the other 6 great and funny puzzlers included in SCABB! 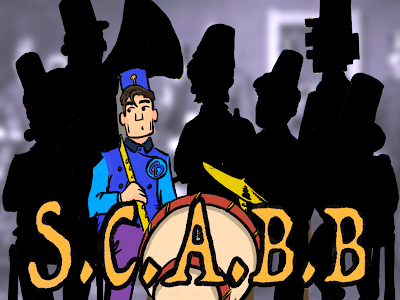 Who are those other silhouettes? ...

Email ThisBlogThis!Share to TwitterShare to FacebookShare to Pinterest
Labels: bundle, death has a million stomping boots