When you’re a new start-up indie game developer creating your first major game, you have to accept two inalienable truths – firstly that you are a tiny, tiny fish in an unimaginably massive sea, and that developing your game is going to be a long process that will sometimes seem painfully slow.  In terms of getting your name out there and advertising your game, unless you either have a level of fame in another field, a large advertising budget or happen to get lucky and your game “goes viral”, it’s a case of just repeatedly trying to make one more person sit up and take notice of your game.  Every single person that joins your social networking sites (much as I hate them generally they are one of the best ways to promote your work without paying someone these days, each visitor to your development blog, every time someone looks at your trailer, adds to the snowball.

It’s much the same with actually developing the game itself.  At the start things can appear to build up very quickly, but after a while the expectation that each day you’ll make massive strides towards your game being the finished product becomes unrealistic.  Days, weeks or even months could go by without much seeming to happen.  This hasn’t happened to Captain Disaster yet of course and I’m desperate to make sure that it doesn’t – I’ve been involved in other games that have stalled for interminable periods of time, and it’s really difficult to keep your motivation going when some team members just seem to have disappeared into the ether.  I’m fortunate with Captain Disaster in that my two other main partners in crime have been very enthusiastic and maintained a high level of output, whether in the form of ideas, creating assets for the game or creating the next build; if we can keep it up then we should stay on course for our projected release before the end of this year.

Sometimes real life gets in the way of your project of course – illness, or a family member being ill, can take a team member out of the equation completely for months or even forever ;some things are just more important than game design of course.  In our case, one of our musicians has experienced a long delay getting the equipment he had ordered which was going to be used to create the tracks; fortunately this shouldn’t be too much of a problem as we won’t actually need the music for quite a while anyway.  You never know what’s around the corner, however…

Basically what I’m saying is that even though there are so many indie games and game developers around these days, don’t be fooled; every good quality indie game that makes it to full release is a minor miracle, and any indie game that becomes successful enough to become the developer’s main source of income is astounding.  (So if one day the members of Team Disaster are earning their living from making indie games, please do remember to be astounded!)
on June 28, 2012 6 comments:

My favourite CD quote so far...

My favourite quote so far from articles talking about the game has to be this one from Indie Game Magazine's writer Richard Glenn:

"If there’s one thing that this trailer has crowbarred into my blackened mind, it’s that the galaxy can muster a collective scream of terror if the one thing standing between its residents and catastrophe is an emaciated numpty from Birmingham."

On the Team Disaster page you can now read the short bios of myself and 3 more team members who've given me their intro.  Everyone has written their own bio and I had no idea what they might put - even I've learned more about the team this way!
on June 25, 2012 No comments:

We're starting to get a little more media exposure -  on JustAdventure and their forums.

We also got a nice mention in the GameBoomers forums.

In the meantime, we've been busy thrashing out the final details of the demo - good news for you (well, hopefully) as we keep opting to include extra content in the demo! :-D

We got an awesome mention on GameZone.com!

"The comical approach that Captain Disaster is going in makes it a definite title to watch out for if you're a fan of adventure games, indie titles, or humor. Keep an eye on this one."


http://www.gamezone.com/news/first-look-at-captain-disaster-in-death-has-a-million-stomping-boots
on June 23, 2012 No comments:

Just ironing out the last details of the demo - reworking puzzles and dialogues, making sure it all fits together properly, then we can put the final bits of voice acting in, the intro and outro, and we're done!

I've got to take my hat off to game designers in the past - there really are so many things that can get in the way of your storyline's continuity, cause dead ends in puzzle sequences, just look and sound out of character or illogical.  Until you start making your own games you really don't realise just how much work goes into things that might seem pretty straightforward when you're actually playing a game.

Anyway, development is going well and we're still on target to get the demo released early in July 2012.  Full team ahead!
on June 22, 2012 No comments:

Just in case you haven't seen this yet...

Another Alien Sprite in progress

Concept Art - an alien and his planet...

An alien being created by Rob, the planetscape is my own handiwork. 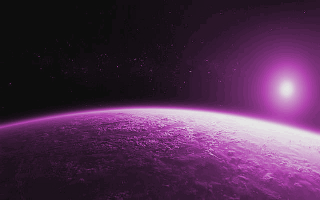 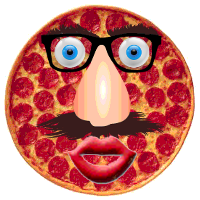 (Not necessarily a final asset, but as concept art goes I'm pretty happy with it!)
on June 20, 2012 No comments:

If we did an IndieGoGo fundraiser...

... what would you like to see as incentives?  Apart from pre-ordering the game, which is what I guess most people will want... I've seen various things on other fundraisers, such as being named as an executive producer, merchandise related to the game, naming a character in the game etc... but what would YOU want to see if you could name your reward for helping fund the game?

This is purely hypothetical at the moment, we haven't made a definite decision on whether to do a fundraiser. Rest assured that whatever happens we are committed to completing and releasing this game; if it seemed likely that we could actually manage to raise enough to think about working on the game full time, we'd definitely do it (but I think that may be a little too optimistic right now!).  If we did a fundraiser for this it would in fact be more likely that the funds would assist us in making the sequel more than this first game, which puts us in another catch-22; if you like the game you'll probably want to see a sequel, but you won't know if you like the game until you get to play it...
on June 20, 2012 No comments:

Email ThisBlogThis!Share to TwitterShare to FacebookShare to Pinterest
Labels: fundraising

The full horror of Social Networking is upon us...

... fortunately someone else is taking care of most of it!

This is a short clip from a WiP piece of music by one of the game's composers, Joshua Merrick.


Or you can listen to it below:

Fame and Fortune at last!

Well okay, maybe not fame and certainly not fortune, but it's always nice to get a mention, and both the Captain Disaster eBook and game got a nice shout-out at No Signal Input.

I'm not a fan of it, but they tell me that Social Networking is the way forward...

Oh, the horror.  Captain Disaster has an official Facebook page, and (slightly less horrifying, especially as I set it up myself), an official Google+ page.

It's worth joining up if you're on FB or G+ though, I may well run some exclusive competitions through them.  Also of course you keep up to date on all the latest Captain Disaster news... (come on, you know you want to!).
on June 18, 2012 No comments:

Not finished yet but here's an early peek at one of the backgrounds that will be used in the early part of the game (the playable demo will start after this section) - this will of course be a scrollable area in the game itself.

Doesn't show you much gameplay yet, but this trailer does give you a little idea about the aesthetics and humour used in the game.

Turns out my main voice artist isn't too bad with the visual art stuff either...

Email ThisBlogThis!Share to TwitterShare to FacebookShare to Pinterest
Labels: banner.

Want to know what the game will sound like?  I put together a short sampler reel with some of the music and voice acting used in the game, which you can download here.
on June 06, 2012 No comments:

Playable Demo - delayed, but for a good reason

Good news and bad news - we had been looking at releasing the playable demo of Death Has a Million Stomping Boots around the end of May, but this has proved unrealistic given that we've also decided to expand the scope of the demo.  We could actually have managed a release this week or perhaps even last week, but there would have been very little actual gameplay, probably a few placeholder graphics and animations, and maybe some lines that hadn't been voiced yet.  So rather than do that, we've taken the view that delaying the release of the playable demo, but making that demo longer and adding much more detail to the game environment, was the right way to go.  We're probably looking at a release date of around the end of June.

Obviously I'll keep you posted on more news!  Things are going well so far, and we have a new artist and new musician involved along with all the existing team members.  I hope you to able to post some concept art of the first few game locations soon.
on June 04, 2012 No comments:

I'm no great artist, but I'm really quite pleased with the teleport animation that I've created for the game. It may or may not be in the playable demo, but you can see it in all its glory right here!  (The purple background will of course be transparent in the game itself!)