"The latest trailer for Captain Disaster has crash landed onto the good ol' internet, and this time around we get a closer look at the actual gameplay in the upcoming adventure title. The game looks pretty promising thus far, and the gameplay is definitely inspired by classic adventure games on the PC, which is to say if you dig these types of point-and-click offerings, you should definitely watch out for Captain Disaster.
What really makes the game stand out to me, though, is what appears to be the terribly incompetent hero. I can only imagine what types of things the character will say and do throughout the course of the adventure."
http://www.gamezone.com/news/new-captain-disaster-trailer-shows-off-adventure-gameplay
on July 26, 2012 No comments:

... we've now reached the stage where almost everything is in place for the demo - with a few tweaks here and there, along with the addition of some voice lines, the demo is pretty much complete.  Not ready for release yet though as we now begin an extensive testing period to make sure any bugs or errors are ironed out before we actually release it.  We're currently looking towards the end of August -  we have a specific date in mind but that won't be made public until we can be 100% sure of keeping to it.

Producing the demo will have taken approximately 4 months from the date we first began to develop the idea.  Bearing in mind how much bigger the full game will be I do wonder if my estimate of releasing the game by the end of the year is a little too optimistic, but we have learned quite a lot along the way that should  help speed up development so I'm still hoping that 2012 might be possible.  Of course Resonance (and possibly The Journey Down HD version) is going to sweep the 2012 AGS Awards so maybe leaving it to next year might have some extra merit!  I would hope that we'd be in with a shout for the Best Demo category though.

More news soon!  (Actually I was going to post another video for you but our programmer felt we were releasing too much that should be a nice surprise for people when they play the demo, and I grudgingly had to admit that he does have a point...)
on July 26, 2012 2 comments:

The Release Date - when it ISN'T!

I saw on the AGS boards recently that the 8th game in the legendary Ben Jordan game series (legendary in the AGS community, anyway) is planned for a release date of 8th August (8th game, 8th day of 8th month - neat, huh?!) - anyway that will blat away all other news for a while when it comes out, so our release date will probably be somewhere in the region of a couple of weeks after that.

Trailer and game preview at i-luv-games.com

We got a really nice mention on i-luv-games.com about the new gameplay trailer, along with a preview of the game.  We've also had some nice feedback on the AGS forums.  Which is nice.  All right, I'm going to stop saying nice now...

Since we ran into a couple of snags with development and my original release date estimate was probably a little too optimistic, we're looking at releasing the playable demo in August 2012.  Watch this space for more info!
on July 19, 2012 3 comments:

This shows you some of the locations and a bit of the gameplay in the demo:

The redesigned Disaster Area in-game, in one of the establishing shots from the demo: 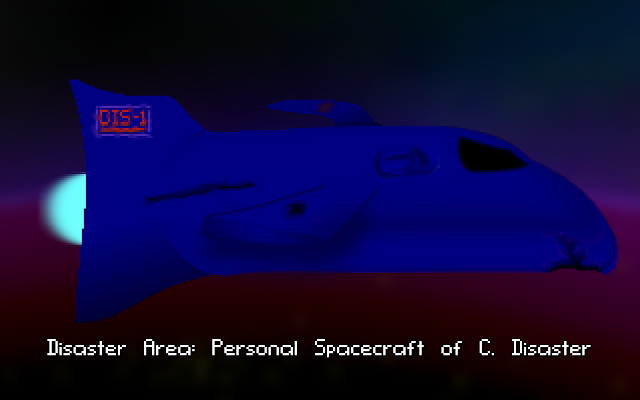 Beta testing games is just insane sometimes - things that have been in place for weeks or months and working perfectly can sometimes just disappear completely!  Just played the latest build (we must have gone through at least 20 since April now) and a graphical element has just vanished into thin air.  I'm sure there's a logical explanation for this... maybe the broom alien has been active behind the scenes?! 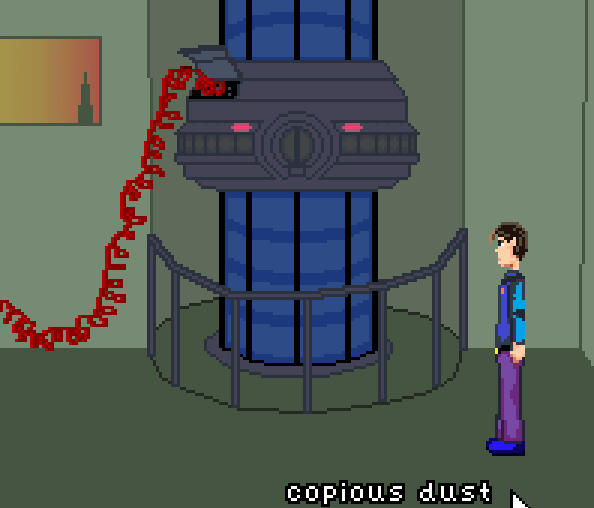 The ship "Disaster Area" needed to look... well, more of a disaster.  I think I've achieved that with my edit of the original design!

Just heard the first rough version of the theme tune for Captain Disaster - sounds very cool already!  I'll post a sample of it in a day or two but for now, take my word for it that you're going to love it.  It's kind of a modern take on the classic sci-fi theme tunes of the 70s and 80s.
on July 12, 2012 No comments:

Since I haven't heard from our background artist for a long time despite repeated requests for updates, I have to assume he won't be able to continue working on the project.  Therefore I decided to have a go at creating the background myself - still needs work but here is the development from the basic concept to a more detailed location.  I'm not happy about how flat a lot of it still looks, but at the same time I'm quite happy with how it's starting to look and, while undoubtedly not as good as the previous WIP by our artist, it fits the cartoony style of the existing backgrounds already used in the game better.  Once it's in the game with characters and animations in place, some of the scene's faults will be largely hidden I hope!

(Assets used in the beta build may not be final.  Also, yes you're reading it right, that's a line from insult sword-fighting in The Secret of Monkey Island - well, very nearly the same...) 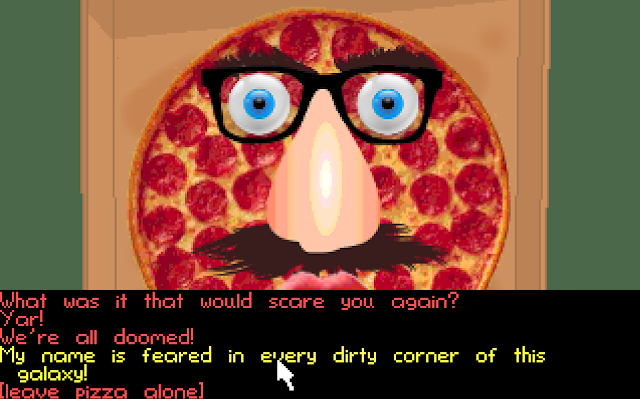 As the official demo release edges ever closer, here's a look at the splash screen: 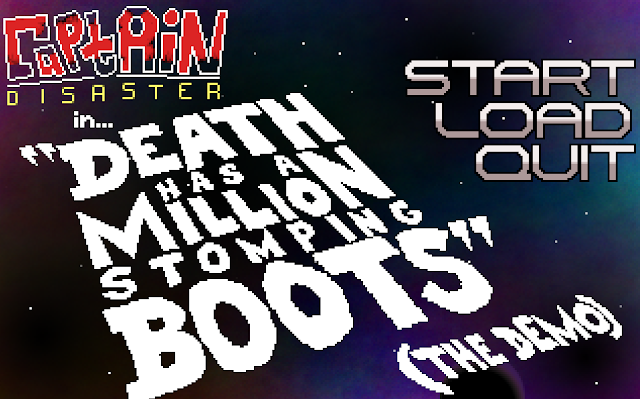 Still a few things to do on this, but I'm pretty happy with how it's looking so far (no sound on this video):

Email ThisBlogThis!Share to TwitterShare to FacebookShare to Pinterest
Labels: animation 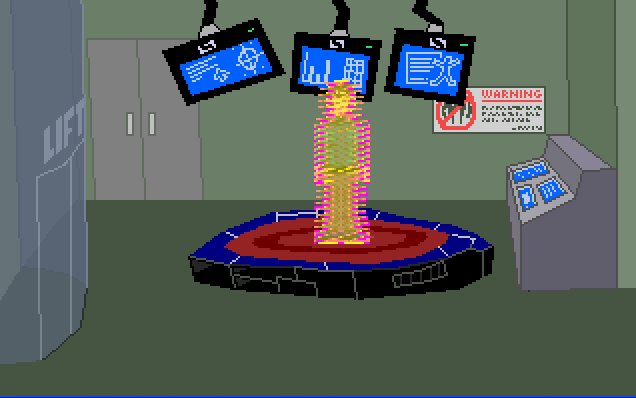 This one's for Zak McKraken fans... 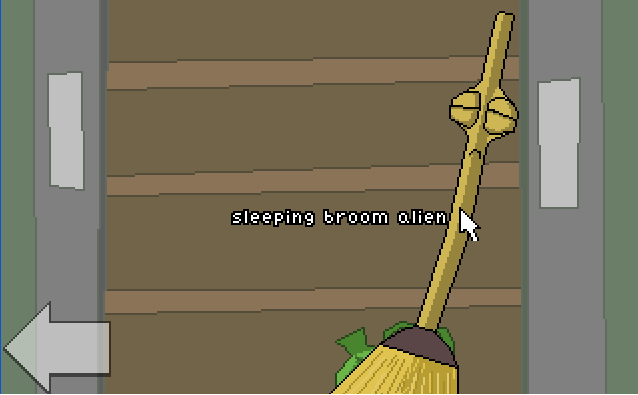 I've added a page where you can see the latest trailers and screenshots for the game.  Again this is in response to some advice from a fellow indie developer and something I really should have thought of earlier!

Game demo is getting really close to release now (honestly!).

Gah... when you've used filters / effects on a character you've voiced, ALWAYS make a note of exactly what effects and settings you used.  There may come a time when it's necessary to voice some more lines for that character, and you don't want to have to spend time figuring out how to make it sound like it did last time, do you?!

Incidentally I use Goldwave for all my sound recording / editing - an excellent program.  If you're looking for a good sound editor to use with your own games, I'd definitely recommend it.
on July 03, 2012 No comments:

A little colour can make a lot of difference...

(This is still a work in progress of course, and in-game it won't look blurry...)

The Build-up to the Demo Release...

... we've gone through a pretty impressive number of game builds so far - since April we've already created and tested 15 builds of the game, each one adding more content - and that's just for the demo version!  I wonder if we'll get into treble figures before the finished game is finally released?

(I'd be interested to know if other devs feel that going through this number of builds so quickly is normal...)
on July 02, 2012 No comments:

About the Game page added

Partly because I was intending to do this anyway and also on the advice of a fellow indie developer, I've added an About the Game page to the dev blog.  It contains general information about the game - plot synopsis, game features, distribution plans etc - if there's anything else you'd like to see on that page, leave a comment on this post.
on July 01, 2012 No comments: