And now for something completely different...

... if you follow me on Twitter you may know that I am the designer for The Corruption Within, which we will have a demo available for soon.

In the meantime I am joining the MAGS game jam for the first time in forever, it's going to be a fishy game... it's kind of hard to make out from the screenshots what's happening, but basically you move around collecting fish who then become part of your shoal.  I'm going to add sharks to eat you later... when I can get the core mechanics right (they're mostly okay but struggling with keeping the shoal members inside the area they should be for some reason, probably me being stupid somehow! 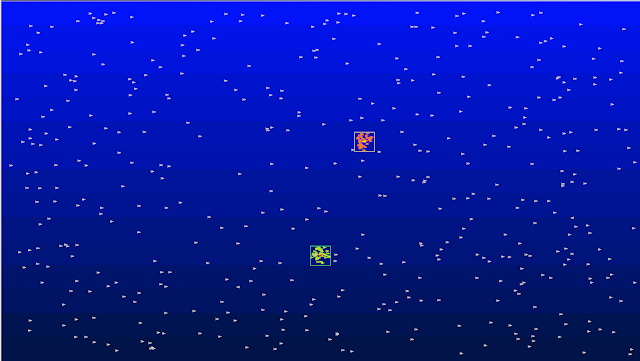 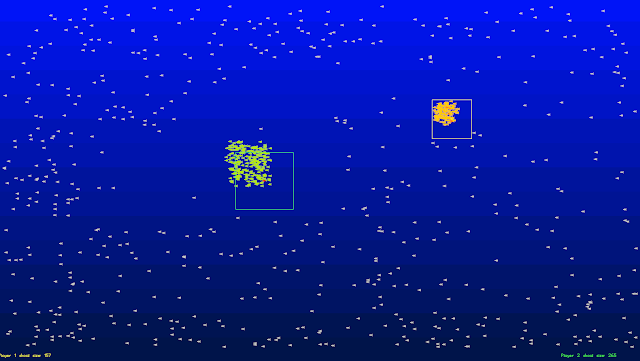